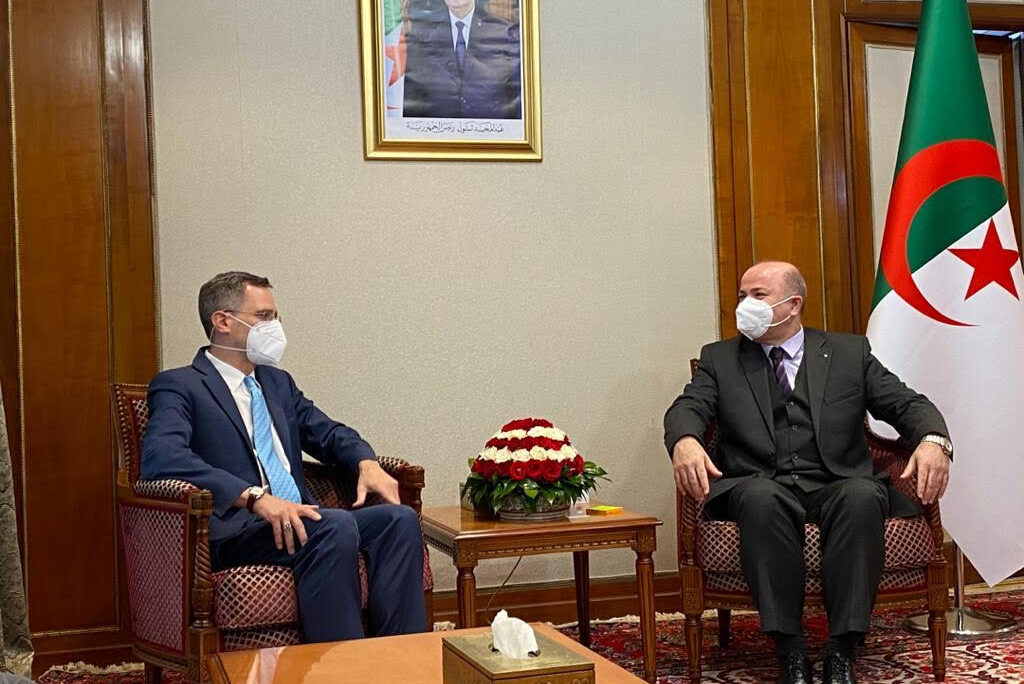 Acting Assistant Secretary of State for Near Eastern Affairs Joey Hood visited Algeria on July 25-26 and had fruitful discussions on bilateral and regional issues with Algerian leaders including Prime Minister Aymen Benabderrahmane, Minister of Foreign Affairs Ramtane Lamamra, and Minister of Commerce Kamel Rezig.  Hood expressed his appreciation for the longstanding relationship between the United States and Algeria, highlighted Algeria’s steady leadership in regional security, and discussed mutually beneficial opportunities for expanding U.S. business investment in the Algerian economy.

“Our countries continue to enjoy an important friendship and I look forward to exploring new opportunities to grow that relationship through collaboration on regional security, trade opportunities, and via cultural diplomacy,” Hood said.

Hood also visited the Museum of Antiquities in Algiers and, along with Minister of Culture and Arts Wafaa Chaalal, officially launched a project to restore two Roman mosaics and to train Algerian experts on how to repair the mosaics. The mosaic repair project is part of a half million dollars in cultural preservation projects currently funded by the U.S. Embassy in Algiers.

“The United States government is honored to offer our assistance to restore these world-class mosaics,” Hood said during at event at the museum on Monday. “As part of this project, U.S. and Italian experts will train Algerian experts on how to remove and repair mosaics plastered into cement walls.  The result will be that these works will continue to stand the test of time, and the Algerian experts can use the techniques they will learn to restore additional mosaics throughout Algeria.”

Joey Hood has spent most of his career working in the Middle East, and particularly on the Arabian Peninsula.  He is proud to be part of a State Department group that fosters community among and promotes professional development for Muslim employees and those interested in the cultures and traditions of Muslim communities.