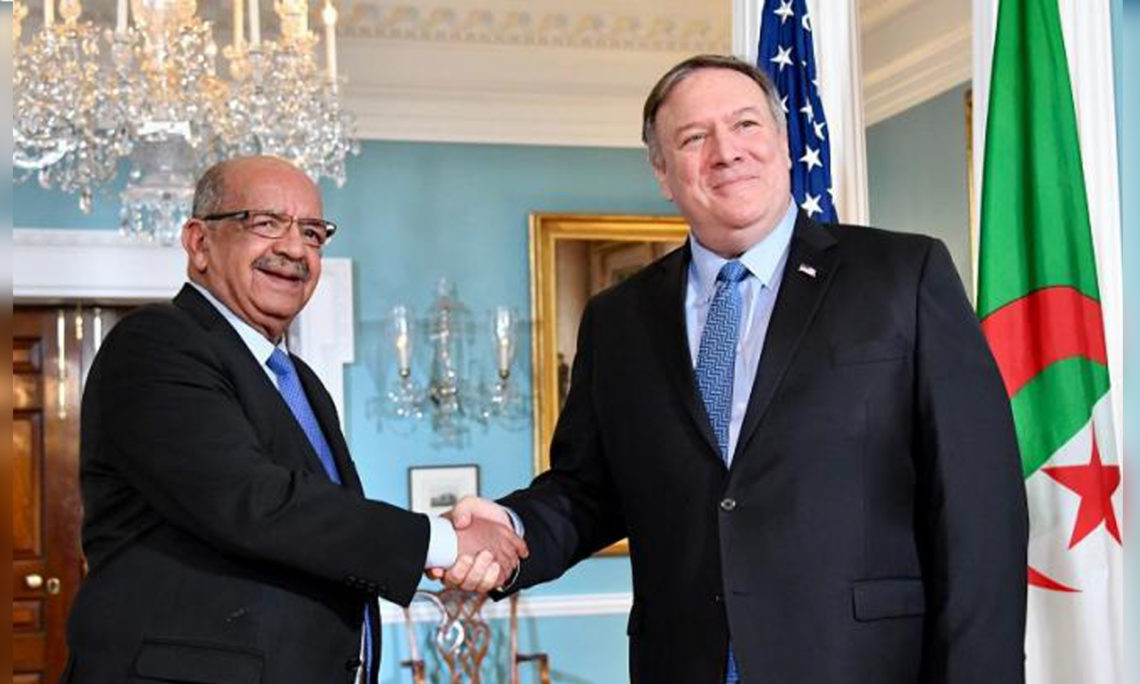 In January, Algerian officials, along with Ambassador Desrocher and Pol/Econ Chief David Wisner, traveled to Washington, D.C. to attend the fourth session of the U.S.-Algerian Strategic Dialogue. The Algerian Foreign Minister and Secretary of State Mike Pompeo led their respective delegations and kicked off the strategic dialogue with a meeting in the Department of State’s historic 7th Floor. From there, smaller working groups convened to discuss political, economic, and cultural and educational cooperation.

The Strategic Dialogue demonstrates the strong partnership between the U.S. and Algeria. As noted in the official joint communiqué, the U.S. and Algeria agreed to sustain cooperation to advance shared interests in regional stability and a defeat of terrorist groups, and emphasized their strong support for increased business-to-business engagement, and a closer economic partnership. The governments also reviewed cultural and educational programs between the two countries and agreed to intensify joint work to promote educational exchange and protect cultural heritage.

The United States and Algeria will continue to discuss key topics both in Washington and Algiers as we continue to build out the bilateral relationship.