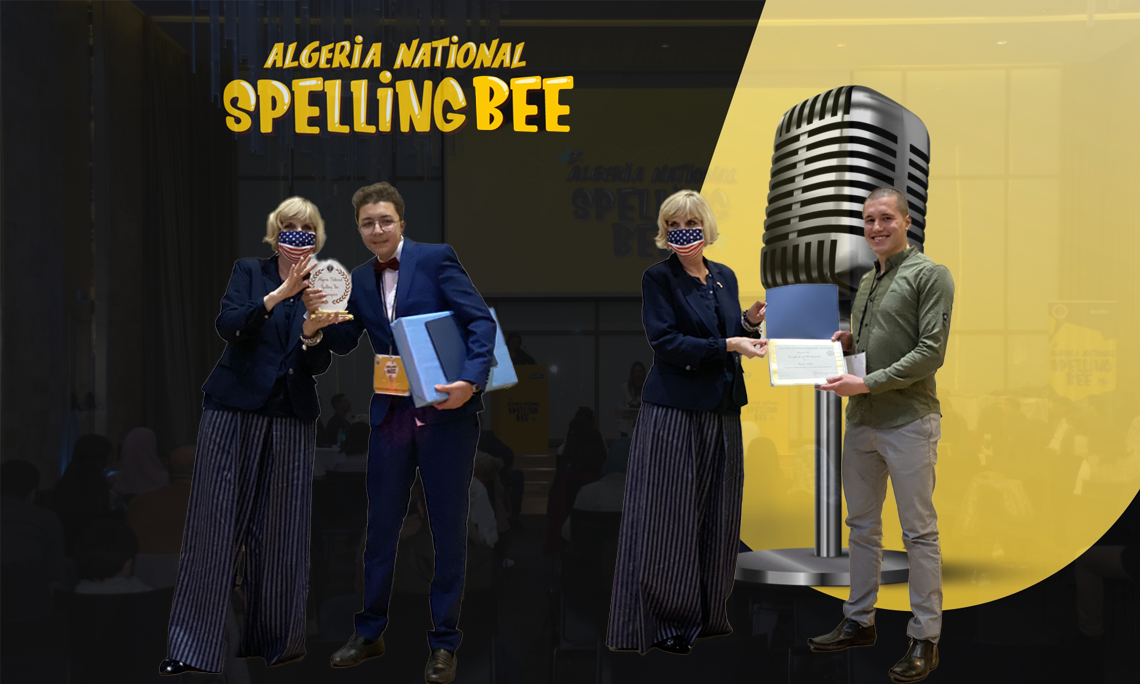 Mohammed Wadi Arhab, 15, of Constantine and Atef Bahri, 22, of Mila won the Algeria National Spelling Bee sponsored by the U.S. Embassy and Berlitz.  Arhab was crowned as champion of the youth division after correctly spelling the word “embarrassing” and Atef won the adult competition with the word “therapeutic.”

The contest, held at the Holiday Inn in Algiers on March 25, brought together 10 youths and 10 adults from throughout Algeria.  Those 20 contestants won regional competitions in November 2021 held in Algiers, Oran, Constantine, Ouargla, and Bechar, and the competitors and their families traveled to Algiers to compete in the finals.

“What is so impressive about these competitors is that English is not their first language, but they’ve all learned English and came here today to stand up in front of a crowd and spell English words,” said Elizabeth Moore Aubin, U.S. Ambassador to Algeria.  “It takes a lot of courage.”

In addition to the titles of “Algeria’s Best English-Language Speller”, Arhab and Bahri each won a laptop computer and a trophy.  Two runners-up went home with tablets.

The Algeria National Spelling Bee is part of the U.S. Embassy’s American Spaces program, through which four official American cultural centers in Algeria operate.  Spelling competitions are common in American schools, and the annual televised national spelling bee competition is a widely watched event in the United States.

The U.S. Embassy also promotes English language through a partnership with Columbia University Teachers College and the Ministry of Higher Education and Scientific Research that will enhance English language instruction and usage throughout Algeria’s university system; through its Access program, which provides nearly 200 students from families with limited means with two years of English instruction; and through the Link program, which offers professional English courses for around 120 Algerian government officials.