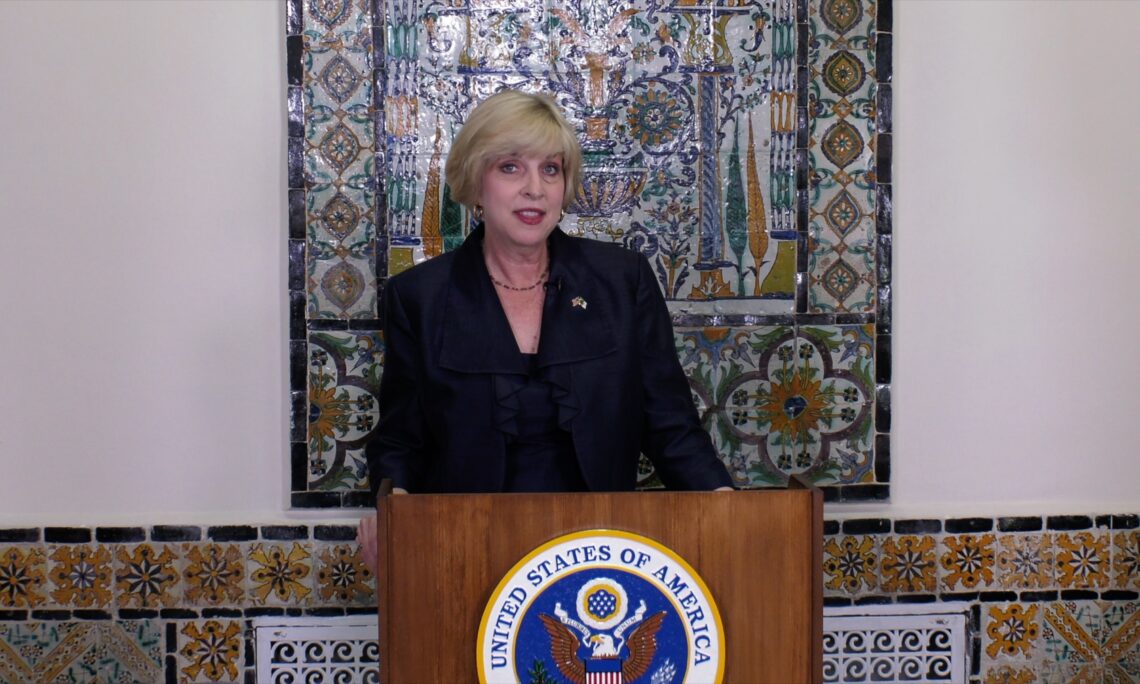 Respect for the human rights of individuals within states is an essential component of lasting peace and prosperity among states.

On Human Rights Day, we commemorate and reflect on the adoption of the Universal Declaration of Human Rights.  Crafted in 1948 following the devastation of World War II, this declaration was an appeal to people of goodwill to build a world molded in the rights the declaration enumerated.

After ten months as Ambassador to Algeria (and three years previously as Deputy Chief of Mission), I have developed a deep and abiding esteem for the many people here who work tirelessly to promote respect for fundamental freedoms.

I see in these people the same hope and determination that I see in pivotal figures throughout the history of the United States.  Building on the principles of life, liberty, and the pursuit of happiness, citizens of the United States have continuously tested the bounds, debated the merits, and redefined the scope of human rights.  Throughout our nearly 250-year history, we have had many successes.  We have also had our fair share of missteps.  Only by acknowledging these experiences – both the good and the bad – can we work together globally toward a freer, more equal future.

One lesson we have learned from this history is how closely civil society freedom is interwoven with economic empowerment.  The free flow of ideas and association is essential to support a robust entrepreneurship ecosystem.  We see this play out time and again, across the world – when societies open, economic development follows.

As I reflect on human rights, I join other U.S. Ambassadors in writing op-eds that call attention to the continued challenges that we face.  Globally, the COVID-19 pandemic has exacerbated challenges created by autocratic regimes, with some governments misusing emergency powers to restrict fundamental freedoms.  Illiberal leaders use populist appeals borne from income inequality and nationalism to consolidate power.  Weak institutions enable these tactics, supported by newer means of disinformation.

We are also seeing the expanded use of Internet shutdowns or slowdowns, the misuse of surveillance technologies, including spyware, and the application of onerous restrictions on civil society organizations, including the misuse of counterterrorism laws, to stifle civil society voices in many societies.  Non-governmental organizations reported that over 300 human rights defenders and over 50 media workers were killed and several hundreds more unjustly imprisoned for exercising their human rights and fundamental freedoms in 2021.

The Biden-Harris Administration has remained resolute in its commitment to respect, promote, and champion human rights for all.  At the first-ever Summit for Democracy in December of 2021, President Biden announced the Presidential Initiative for Democratic Renewal – a landmark set of policy and assistance efforts to bolster democratic reforms, defend free and fair elections, support free and independent media, combat corruption, and advance technology for democracy.  Through this effort, we have committed to protect journalists from spurious lawsuits by using seed funding for the International Fund for Public Interest Media and to expand support for Lifeline, a multilateral initiative which aids civil society organizations under threat or attack.  The Presidential Initiative demonstrates the U.S. commitment to champion human rights and lead global efforts to strengthen democratic resilience and rights-respecting societies.  The United States works to strengthen institutional frameworks around the world for the promotion of human rights, protection systems for human rights defenders, rule of law, and communications and collaboration between governments and civil society.

President Biden has made it clear that together with our partners and allies, across multilateral fora and across the world, we must jointly call upon all countries to do more to promote respect for human rights, and protect human rights defenders, journalists, and civic activists on the frontlines of democracy and human rights promotion.  All governments, including the U.S. government, should protect the human rights and fundamental freedoms of the individuals under their authority.  This concept is basic, yet one we must continually reiterate.  Respect for the human rights of individuals withinstates is an essential component of lasting peace and prosperity among states.

I’d take this occasion, therefore, to congratulate Algeria for its election to the UN Human Rights Council.  It is an honor to be elected, and an important responsibility.

It has been my privilege over the nearly four years I’ve lived in Algeria to meet incredible media workers, civil society actors, government leaders, and young Algerian women and men who will one day assume the responsibilities we bear today.  On this Human Rights Day, I call on my fellow people of goodwill – American, Algerian, and international – to look inward and ask ourselves if we are doing enough to respect, promote, and protect the human rights and fundamental freedoms of all.