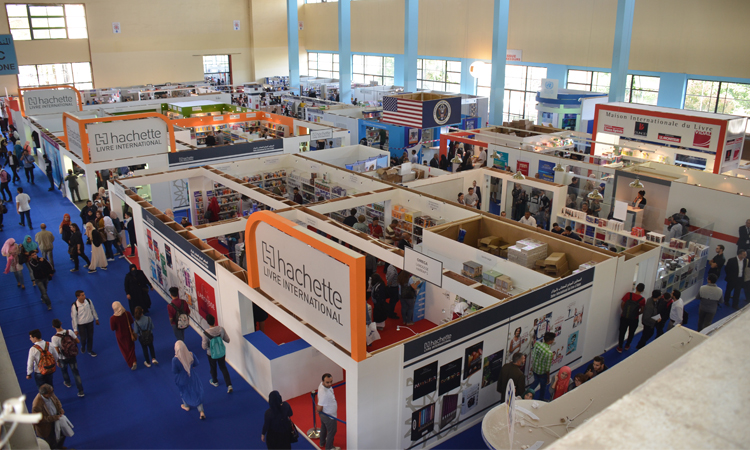 The U.S. Embassy was proud to participate in the 48th Algiers International Trade Fair, which closed last week.  Ambassador Polaschik led the closing ceremony of the USA Pavilion where she recognized each of the 35 U.S. companies that demonstrated their commitment to Algeria by exhibiting at the fair.  The broad range of U.S. participation indicates that there is tremendous potential for increased interest on the part of U.S. firms to invest in, and trade with, Algeria. This is evidenced by the six memoranda of understanding (MOUs) signed by U.S. agricultural companies with the Ministry of Agriculture and with private, Algerian companies during the trade fair.

Increased foreign direct investment (FDI) by U.S. firms in Algeria and increased trade with U.S. companies carries immediate and long-term gains for both of our economies.  In the near term, increased FDI in Algeria will offset the impact on the balance of payments of the rising trade deficit resulting from the fall in oil prices.  More broadly, FDI is associated with technology transfer, the development of human capital through training, including managerial skills, and enhanced international competitiveness of recipient industries.  With the oil and gas sector accounting for 97.3% of Algeria’s exports in 2014, these benefits of FDI can play a major role in driving economic diversification.  For example, in the United States, we experienced broad employment gains in vehicle manufacturing due to investments from Japan, our second largest source of FDI.

Concrete measures to improve the business environment would be the most effective means of increasing U.S. commercial interest, investment, and trade with Algeria.  We know that Algeria offers tremendous human capital, immeasurable natural resources, and is strategically located.   Yet Algeria ranks 147 out of 189 countries according to the World Bank’s “Ease of Doing Business” ranking.   With this untapped potential, policies that improve the commercial environment and enhance the ease of doing business will unleash vast opportunities for trade and investment.

Investment restrictions, import bans, and regulatory decisions implemented without notice deter U.S. companies from doing business in Algeria.  Import bans send a powerfully negative message to the international business community regarding Algeria’s openness to international commerce.  Moreover, the recent import restrictions on vehicles, specific food products, and some pharmaceuticals have been implemented suddenly, without a phasing-in period, undermining the predictability of the business environment that investors need to make long-term decisions.  It also hurts Algerian consumers by reducing the availability of necessary products, such as medicine, on the Algerian market, which then drives up prices and reduces the purchasing power of salaries through inflation.  The 51/49 majority ownership investment is a major obstacle to foreign investment in Algeria.  Policies that attract investment improve the balance of payments position, reducing the dependence on hydrocarbon exports and the need for import restrictions to cut the import bill.

More can be done to pave the way for companies to operate in Algeria by removing trade and investment barriers, and the U.S. government supports Algeria’s efforts to diversify its economy.  At the U.S. Embassy in Algiers, we continue to work to increase U.S.-Algerian business ties and knowledge of Algeria within the U.S. business community.  During the past six months, the U.S. Embassy brought two major trade missions of American companies to Algeria to increase U.S. business activity here.  Additionally, on June 2, the U.S. Geological Survey (USGS) and the Agence du Service Geologique de l’Algerie (ASGA) signed a letter of intent to work in areas of geology, geophysics, geochemistry, hydrology, remote sensing, and Geographic Information Systems, which will help strengthen the capacity of both the USGS and ASGA and further deepen bilateral ties.  These programs and agreements promote trade and investment between our two countries and further strengthen our critical partnership.