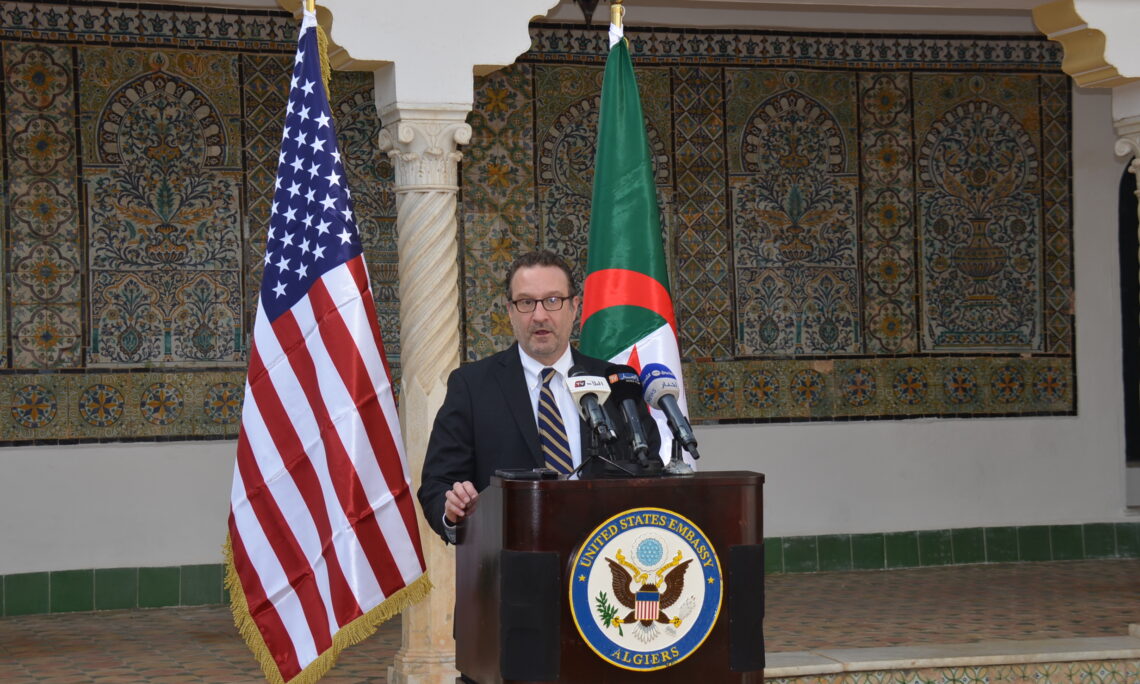 Secretary Barrett said the visit would strengthen security ties between the two countries.  “Algeria has much hard-earned expertise in security and countering violent extremism, and we have nothing but respect for its capabilities.”

Assistant Secretary Schenker, the top-ranking U.S. diplomat for the Middle East and North Africa, praised the bilateral relationship: “The United States and Algeria are friends and partners, and we deeply appreciate Algeria’s role as a regional leader.  Our two countries have many shared interests, particularly in promoting regional stability, and we will continue to look for opportunities to deepen the trade relationship as President Tebboune seeks to diversify the economy.”

The delegation’s visit is the latest in a series of high-level engagements between the United States and Algeria over the past few months.  In October, U.S. Secretary of Defense Mark Esper met with President Tebboune to discussing expanding bilateral military cooperation between the two countries, marking the first visit to Algeria by a sitting secretary of defense since 2006.  U.S. Army General Stephen Townsend also visited Algiers in September to discuss regional security issues and engagement opportunities with President Tebboune and Lt. General Saïd Chanegriha.  And on October 18, the guided-missile destroyer U.S.S. Roosevelt conducted a port visit.

“Our relationship with Algeria is one of the most important in the region, and the visits of these senior officials illustrate how important the partnership with Algeria is for U.S. decision makers and how we are working together to advance common goals such as regional stability and prosperity,” said U.S. Chargé d’Affaires to Algeria Gautam Rana.