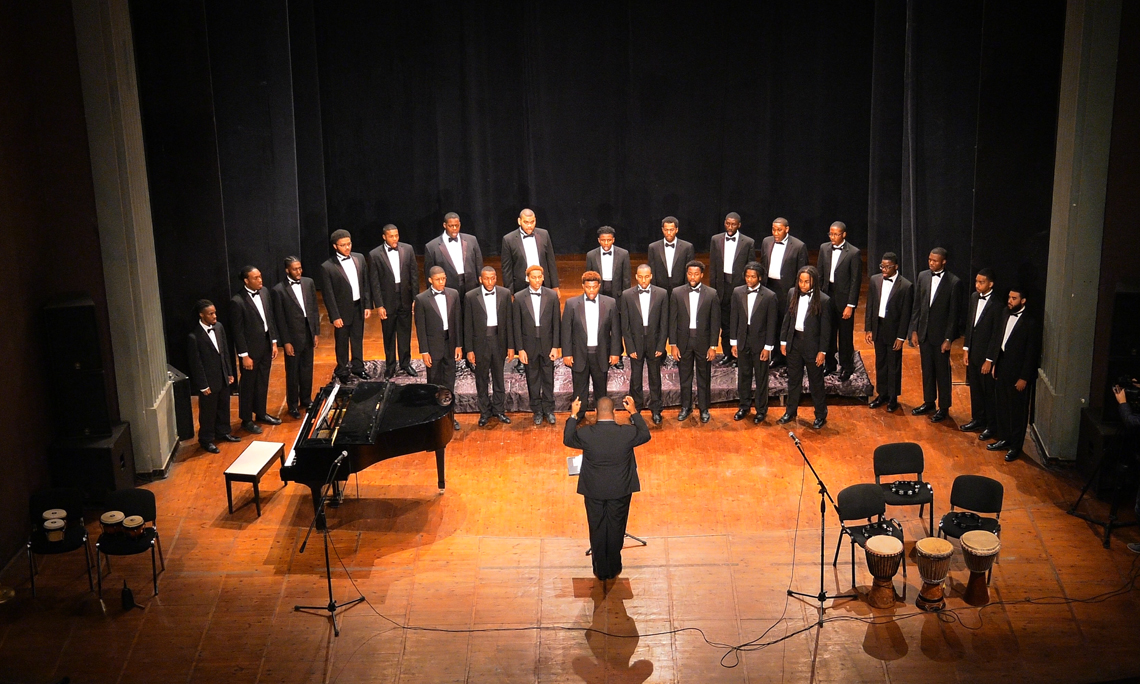 The world-renowned “Morehouse College Glee Club” traveled to Algeria December 29, 2018 to January 4, 2019 thanks to the sponsorship of the Department of State, the Algerian Ministry of Culture, Coca-Cola, Pizza Hut, MediaAlgerie and Wellcom.  The Glee Club performed two concerts in Tizi-Ouzou and Algiers, and hosted music workshops with students from the Algerian Higher Institute of Music (INSM).  Additionally, Morehouse College signed a MOU with INSM establishing a framework to develop joint studies, research and training opportunities between the two institutions.

The Morehouse College Glee Club is the premier singing organization of Morehouse College, traveling all over the U.S. and the world, demonstrating excellence not only in choral performance but also in discipline, dedication, and brotherhood.  One of its most famous alumni was Dr. Martin Luther King, Jr.

In 1993, the Glee Club, as part of the Morehouse-Spelman Chorus, sang at Atlanta’s Symphony Hall, with soprano Jessye Norman, in a concert celebrating the Martin Luther King, Jr. holiday. The Glee Club also performed the National Anthem with Natalie Cole for Super Bowl XXVIII in 1994. The organization participated with Stevie Wonder, Gloria Estefan, and Trisha Yearwood in the Opening and Closing Ceremonies of the 1996 Centennial Olympic Games held in Atlanta, Georgia.