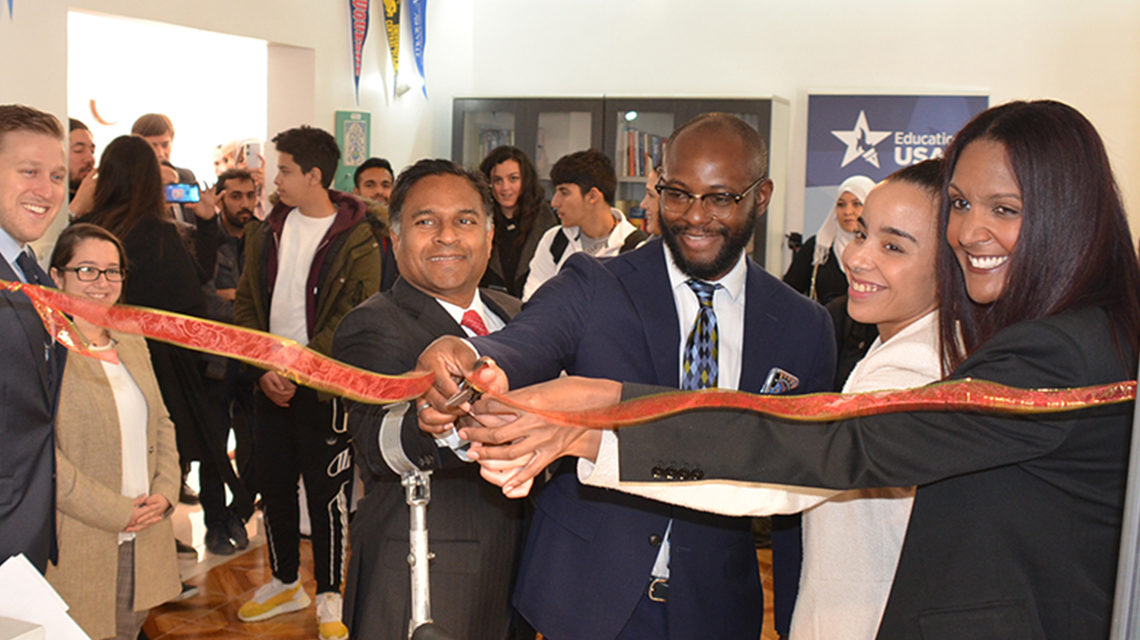 With support from the U.S. Embassy in Algiers, EducationUSA launched a new advising center at the World Learning office in Bir Khadem, Algiers. The center will offer resources and advising services under the U.S. State Department’s EducationUSA program, which promotes U.S. higher education by offering accurate, comprehensive, and current information worldwide about opportunities to study at accredited post-secondary institutions in the United States.

“Algeria is home to so many talented, ambitious young people, who often ask us about studying in the United States,” noted Mrs. Leah Bitat, World Learning’s Country Representative in Algeria. “We are very pleased that we can now counsel these youth on how to pursue their dreams, from researching options to applying to universities to obtaining financial aid and even overcoming logistical challenges.”

The new EducationUSA Advising Center will be open to the public, offering a regular schedule of group, individual, and online advising sessions to share information on every step of the process of pursuing U.S. higher education opportunities. The Center will also organize specialized workshops in Algiers and other cities in Algeria to expand access beyond the capital.

“EducationUSA presents an opportunity for young Algerians to spend time in the United States, obtain a world-class education, and then return home to contribute to building Algeria,” said Mr. Gautam Rana, Chargé d’Affaires at the U.S. Embassy in Algiers.

According to statistics released last week, the number of Algerian students currently studying at institutions across the United States increased by 12.4% from 2018 to 2019. Despite this feat, the total number of Algerian students studying in the U.S. remains the lowest in the entire Middle East/North Africa region, ranking last out of 19 countries.

Young Algerians considering Bachelor’s, Master’s, or Doctoral studies in the U.S. are encouraged to visit the EducationUSA Advising Center and learn more about its services. Full details about EducationUSA services in Algeria from World Learning and the U.S. Embassy in Algiers are available at facebook.com/EducationUSAAlgeria and educationusa.state.gov.