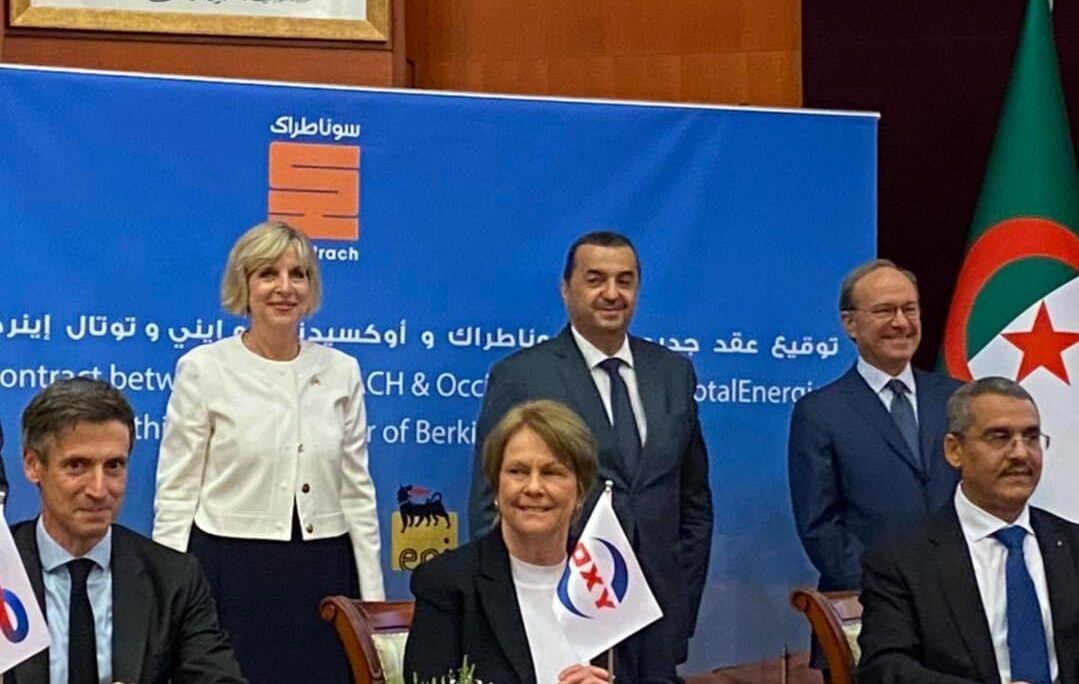 On July 19, the U.S. Ambassador to Algeria, Elizabeth Aubin, attended the signing ceremony of a $4 billion production sharing agreement between Sonatrach Occidental, TotalEnergies, and ENI. This agreement is for a production and development project that will produce one billion oil equivalent barrels from the Berkine Basin in the wilaya of Ouargla.

This critical investment will allow for the use of high-density 3D acquisition technology for the first time in Algeria and includes drilling 100 new oil wells and converting more than 40 existing wells. The use of 3D seismic technology will result in better recovery rates and set a new standard for oil recovery in Algeria by eliminating the need to drill multiple exploratory wells and minimizing exploration and production’s impact on the environment.

At the signing ceremony, Occidental CEO Vicki Hollub stated, “We strongly believe that Algeria has vast resources that have yet to be developed, and this partnership will unlock new and exciting opportunities.” She also noted that this agreement was not only about oil and gas, stating, “We are proud to be part of the broader bilateral commercial relationship between the U.S. and Algeria. Today we are the only American international oil company in Algeria, but we hope this agreement will set the stage for more U.S. oil companies to enter the market.”

Occidental is committed to helping solve the planet’s most pressing environmental challenges. It has built safe, efficient operations that harness the power of large-scale CO2 storage technology to drive enhanced oil recovery (EOR) programs and is taking concrete steps to reduce emissions.

Like Occidental, American companies are committed to bringing quality solutions to address some of the world’s toughest challenges using cutting-edge technology, innovation, and positive change. In their 2020 report, the IMF stated that the United States accounted for $6.2 billion of Algeria’s cumulative foreign direct investment stock, almost 28 percent of all foreign direct investment into the country.