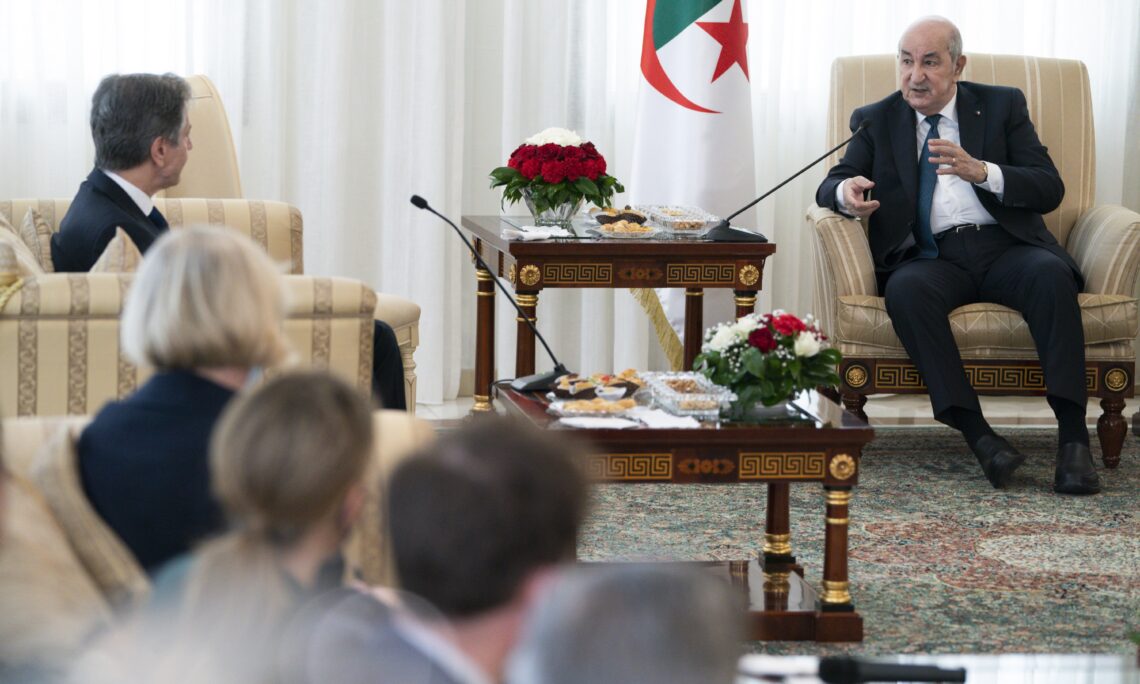 On March 30, Secretary of State Antony J. Blinken traveled to Algeria where he discussed regional security and stability, economic cooperation, and advancing human rights and fundamental freedoms with President Abdelmadjid Tebboune and Foreign Minister Ramtane Lamamra.  He also promoted America’s role as the Country of Honor at the Algiers International Trade Fair in June, the largest trade show of its kind in Africa and met with U.S. business representatives in Algeria to discuss deepening economic ties and promoting U.S.-Algeria trade and investment.  In a statement to the Algerian and foreign media at U.S. Embassy Algiers, the Secretary said, “The United States and Algeria share a long history – from the 1795 Treaty of Peace and Amity to hosting negotiations to release American hostages from Tehran in 1981 – and our bilateral relationship continues to flourish. “Our security and counterterrorism cooperation remains a cornerstone of our bilateral relationship. We are also encouraged by the deepening economic and cultural ties between the United States and Algeria.  More and more U.S. companies are seeking investment in Algeria, and those already here are creating jobs across a wide range of sectors.  The fact that we are the country of honor at this year’s Algiers International Fair – the largest trade fair of its kind in Africa – demonstrates Algeria’s interest in American products and technology,” he also stated.