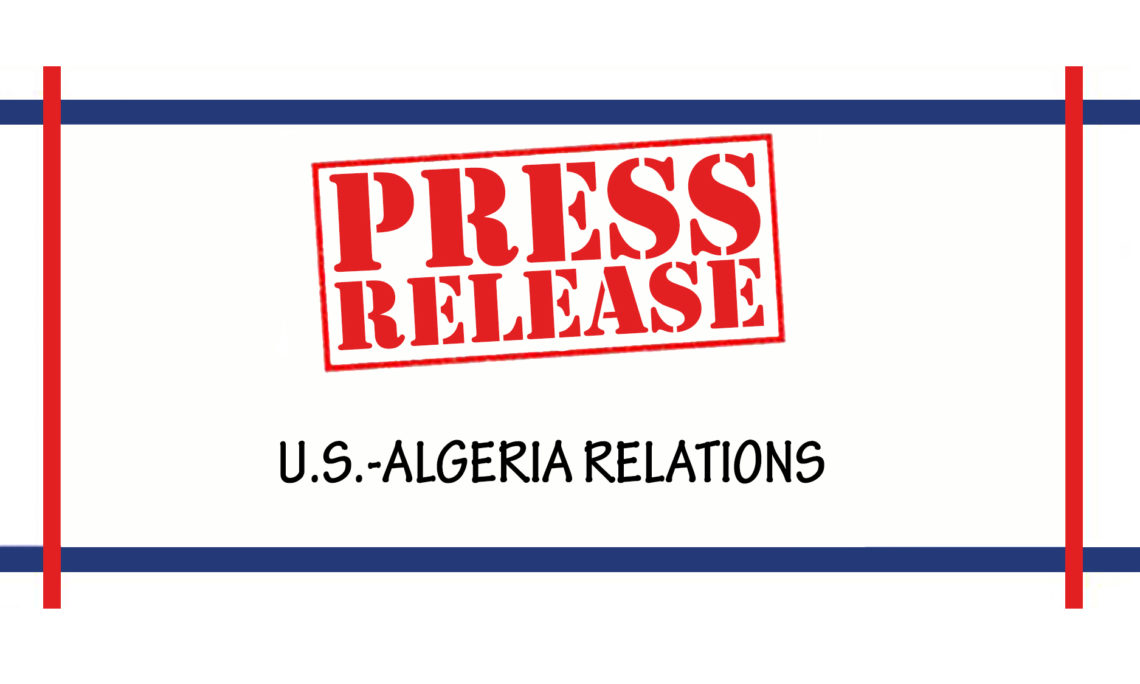 Algeria is a strategically located and capable partner with which the United States has strong diplomatic, law enforcement, and security cooperation. The United States and Algeria conduct frequent civilian and military exchanges. The Deputy Secretary of State visited Algeria in July 2016, and the Secretary of State held a Strategic Dialogue with Algeria’s Foreign Minister in April 2015. Algeria has hosted senior U.S. military officials and ship visits, and the United States hosted a Joint Military Dialogue with Algeria in July 2016.

Algeria has remained relatively stable despite turmoil in neighboring countries, and it is playing a constructive role in promoting regional stability.

U.S. bilateral foreign assistance to Algeria is designed to strengthen Algeria’s capacity to combat terrorism and crime, support the building of stable institutions that contribute to the security and stability of the region, and support Algeria’s civil society. Foreign assistance supports Algeria’s ongoing fight against Da’esh, al-Qaeda in the Islamic Maghreb, and other hostile actors in the region.

Funding through the Middle East Partnership Initiative (MEPI) has been allocated to support the work of Algeria’s developing civil society through programming that provides training to journalists, businesspeople, female entrepreneurs and parliamentarians, legal professionals, and the heads of leading nongovernmental organizations. MEPI also has provided funding for economic development programs, and U.S. outreach programs support education in Algeria.

The United States is one of Algeria’s top trading partners, and Algeria is one of the top U.S. trading partners in the Middle East/North African region. Most U.S. direct investment in Algeria has been in the hydrocarbon sector. The main U.S. import from Algeria is crude oil. The two countries have signed a trade and investment framework agreement, establishing common principles on which the economic relationship is founded and forming a platform for negotiating other bilateral agreements. The United States encourages Algeria to make necessary changes to achieve economic diversification, accede to the World Trade Organization, move toward transparent economic policies, and liberalize its investment climate. The United States has funded a program supporting Algerian efforts to develop a more active government securities market.

Algeria and the United States belong to a number of the same international organizations, including the United Nations, International Monetary Fund, and World Bank. Algeria is an active member of the Global Counterterrorism Forum (GCTF). Algeria also is a Partner for Cooperation with the Organization for Security and Cooperation in Europe, an observer to the Organization of American States, and an observer to the World Trade Organization. It also co-chairs the Sahel working group of the Global Counterterrorism Forum and occasionally provides airlift and other logistical support to UN and AU peacekeeping operations.

More information about Algeria is available from the Department of State and other sources, some of which are listed here: