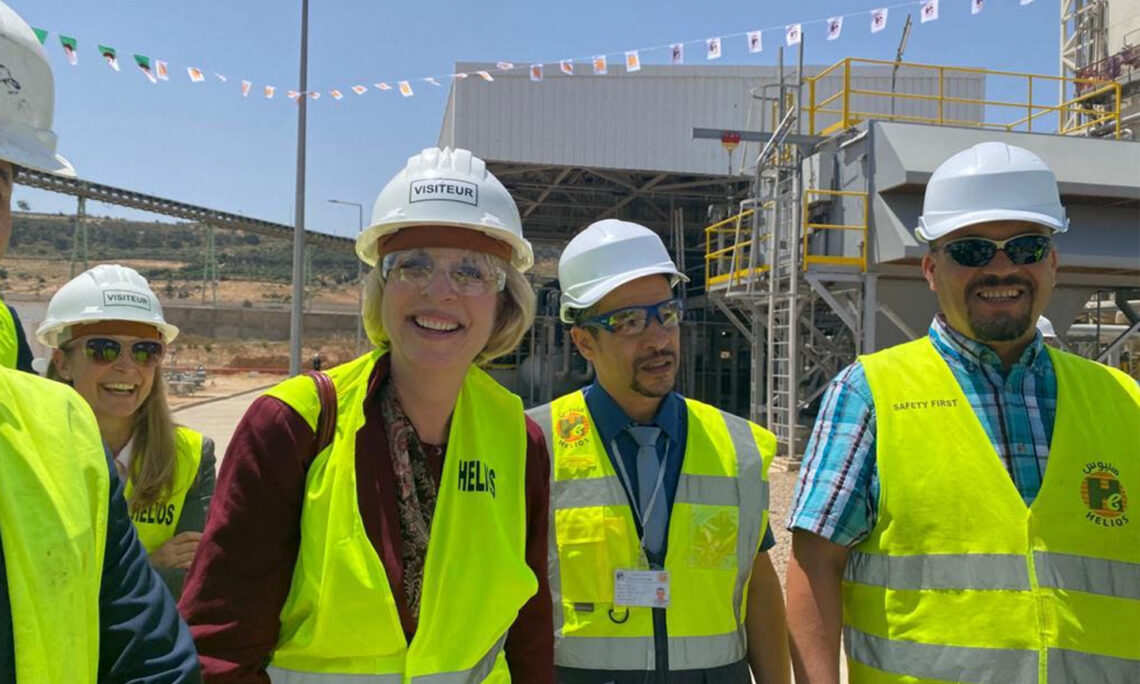 United States Ambassador to Algeria Elizabeth Moore Aubin visited Oran May 30 through June 1 to promote joint partnerships between U.S. companies and Algeria and to highlight the importance of English language in higher education.

During her first visit to Algeria’s western coast, Ambassador Aubin visited Helios, a joint venture between Sonatrach and the American company Air Products located in Arzew.  Helios produces helium and nitrogen for industrial use both in Algeria and for export to Europe.  Air Products’ main cryogenic heat exchanges are also used next door at Sonatrach’s GLN1 Liquified Natural Gas export facility.

“The Helios joint venture model between an American company and an Algerian one is a great example of the types of mutually beneficial partnerships that I would like to see more of,” Aubin said.  “Although United States is already the largest investor in Algeria, accounting for more than 27 percent of foreign direct investment in 2020, I would like to bring even more American companies to Algeria.”

Aubin noted that the United States will be the guest of honor at the Algiers International Trade Fair from June 13 through 17 which will feature dozens of American companies operating in Algeria.

During a presentation at University of Oran 1, Aubin discussed the importance of English language and said the U.S. Embassy is spearheading a program to enhance English language instruction and usage throughout Algeria’s university system. In addition, the U.S. Embassy has 30 exchange programs that send about 200 Algerians to the United States each year for fully funded educational and cultural exchanges.

Aubin visited the new location of the American Corner Oran, which has operated inside the University of Oran 1 since 2008 and is one of four official American Corners in Algeria, all of which are open to the public and offer free English language and American cultural activities. The Ambassador also met with Said Saayoud, the Wali of Oran, local business leaders, civil society leaders, and toured some of Oran’s many iconic sites, including the Santa Cruz fort.