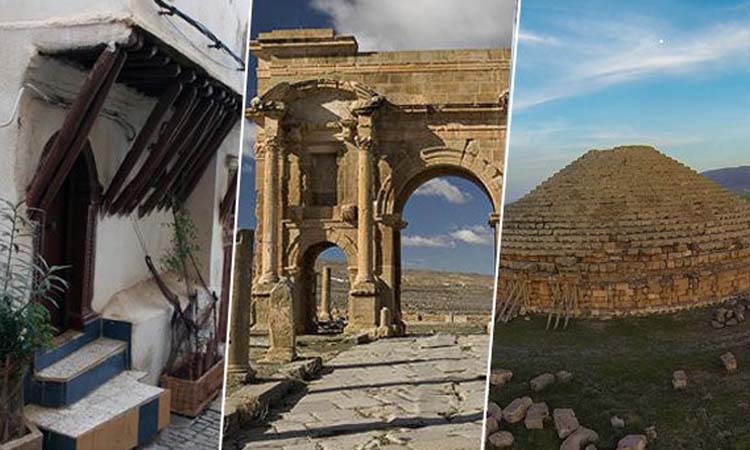 How can we work together to preserve Algeria’s rich historic sites and artifacts for future generations?  This was the question discussed at a Cultural Heritage Site Security conference from October 4-7.  Twenty-one officials from the Algerian Ministry of Culture participated alongside 16 Ministry of Culture officials from Libya, Tunisia, and Egypt.

The U.S. Embassy in Algeria and Algerian Ministry of Culture organized the conference, which was originally planned to take place in person, but was shifted to a virtual format due to COVID-19 considerations.  American subject matter experts from the National Park Service, the Bureau of Land Management, the Federal Bureau of Investigations’ Art Crime Team, and Homeland Security each gave presentations at the conference, as did Algerian experts from the Algeria Antiquities National Museum, Algeria Maritime National Museum, Ahaggar National Park, and the National Office for the Management and Exploitation of Protected Cultural Property (OGEBC).  Participants engaged in stimulating discussions on best practices to preserve cultural heritage sites, with the aid of simultaneous interpreting into Arabic and French.

During his opening remarks, U.S. Chargé d’Affaires Gautam Rana said: “We hope that during this conference, together we will think of new ways to protect our shared cultural heritage.”

The conference also marked the launch of a public awareness campaign about the importance of protecting Algerian cultural heritage sites.  The conference is a component of a 2019 Memorandum of Understanding signed between the United States and Algeria on safeguarding cultural property and combatting looting.

As part of the agreement’s implementation, the United States recently donated equipment to the cultural heritage site of Tipaza including light poles around the Roman theater, outdoor cameras to monitor the grounds, and a wireless fire detection system for the museum.  The United States is also working closely with Algeria on cultural heritage preservation projects including Roman ruins in Djamila and mosaics in the Museum of Antiquities.