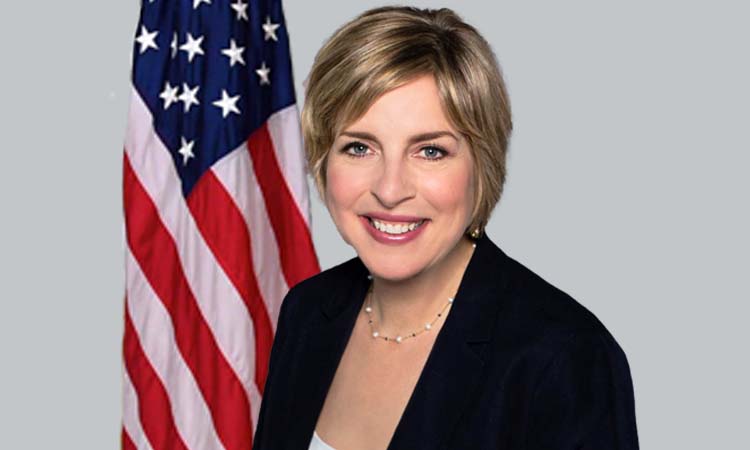 The United States Senate confirmed Elizabeth Moore Aubin as United States Ambassador to Algeria on December 17. Ambassador Aubin previously served as Embassy Algiers’ Deputy Chief of Mission from 2011-2014. She is scheduled to arrive in Algiers in early February.

“Embassy Algiers supports an ever-growing spectrum of programs that strengthen our security, economic, governance, educational and cultural ties,” she told the U.S. Senate Committee on Foreign Relations during her confirmation hearing in June.

She also spoke of Algeria’s fight against violent extremism in the 1990s and lauded the country for maintaining stability through rigorous counterterrorism efforts. She highlighted the critical role Algeria plays regionally, including brokering reconciliation in Mali through the 2015 Algiers Accords and by providing assistance to Tunisia and Niger.

She pointed to the rich, shared history between the United States and Algeria, noting that the United States was the first country to recognize Algerian independence on July 3, 1962, and the key role Algeria played in the release of the 52 American diplomats held hostage in Iran.

“We have an enduring partnership that can face the opportunities and challenges of the 21st century together,” Aubin said.

Aubin has served as the Acting Principal Deputy Assistant Secretary for the Bureau of Near Eastern Affairs (NEA), and has held several other NEA positions, including Senior Advisor and Executive Director of the joint Executive Office of the Bureaus of Near Eastern Affairs and South and Central Asian Affairs. Her other leadership roles include serving as the Deputy Chief of Mission at the U.S. Embassy to Canada in 2016-2018 and serving as the Executive Director of the Bureau of Western Hemisphere Affairs. She speaks fluent French and Italian.