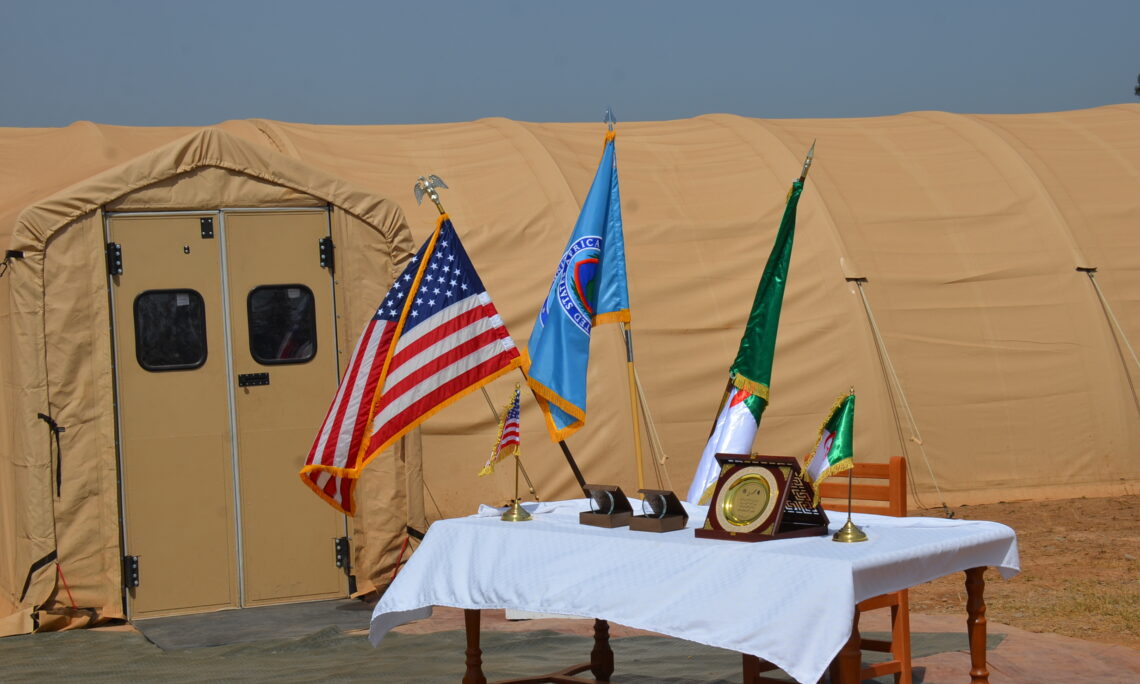 On August 11, Algerian and American officials inaugurated a U.S.-donated state-of-the-art field hospital near Blida.  Experts from the United States partnered with Algerian counterparts to learn how to assemble quickly and disassemble the hospital to help Algeria fight the COVID-19 pandemic across the country.

Algerian officials from the Ministry of Health accepted the donation by the Overseas Humanitarian, Disaster, and Civic Aid program of the U.S. Department of Defense.  The field hospital will serve Algeria’s civilian population and is equipped with a negative pressure isolation system specifically designed to treat patients with infectious diseases.  It has 35 beds, five of which are outfitted with intensive care systems.

Acting Assistant Secretary of State Joey Hood announced delivery of the $2.6 million field hospital during his visit to Algeria on July 27, and construction began the following day.  The unit is mobile and entirely self-contained, including for purposes of water and electricity.  An experienced team can reassemble the field hospital in as little as three days.

Chargé d’Affaires Gautam Rana said during the hospital’s installation ceremony, “The field hospital is part of the United States’ commitment to sharing resources in the fight against the COVID-19 pandemic across the globe.  This comes on top of vaccines through COVAX and the more than $4 million in aid the United States has provided to Algeria since the beginning of the pandemic.  The U.S. government remains committed to providing continued assistance to the Algerian people as the world faces an unprecedented global challenge.”

The Defense Attaché at the U.S. Embassy in Algeria, Colonel Chris D’Amico, added, “We are also planning to deliver a second, identical field hospital to the Ministry of Health in the coming months.”