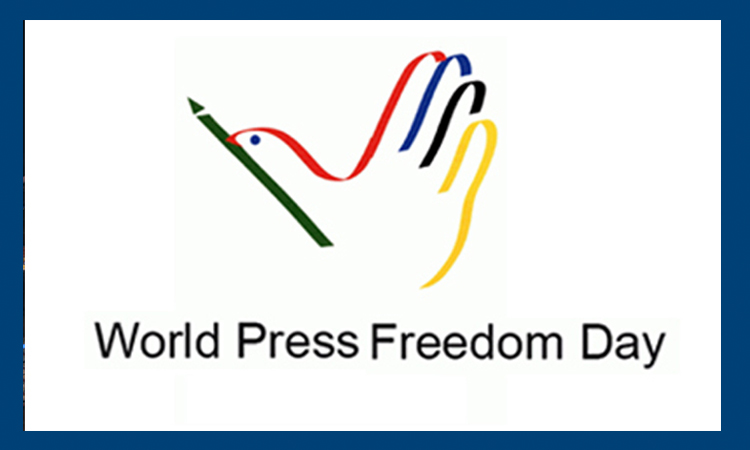 Article 19 of the Universal Declaration of Human Rights states that, “Everyone has the right to freedom of opinion and expression; this right includes freedom to hold opinions without interference and to seek, receive and impart information and ideas through any media and regardless of frontiers.”

A healthy media environment is integral to a functioning democracy.  The 1991 Windhoek Declaration — calling for a free, independent, and pluralistic media worldwide — laid out that a free press is essential to democracy and a fundamental human right.

Media professionals adhering to the highest professional standards are the watchdogs of a civil society.  It is their job to ask hard questions, shed light on corruption, share information, and be the voice for the voiceless.  Journalists must have the ability to express themselves, to debate alternative ideas, and to challenge assumptions without fear.  And it is the role of all governments to protect those who exercise this primary right and to punish those who threaten and use violence against journalists.

The importance of a free and responsible press cannot be overstated.  They, along with an active citizenry, promote development and are the protectors of good governance and transparency.  As Thomas Jefferson, third President of the U.S. and author of the Declaration of Independence, wrote in 1816:  “The functionaries of every government have propensities to command at will the liberty and property of their constituents.  There is no safe deposit for these but with the people themselves, nor can they be safe without information.  Where the press is free, and every man able to read, all is safe.”

Unfortunately, many media practioners’ lives are at risk on a regular basis in their effort to report accurate news and analysis.  Reporters Without Borders notes that, in 2014, 66 journalists were killed, 119 kidnapped, 178 imprisoned, and 853 arrested in connection with their reporting.  Many Algerian journalists, particularly in the Dark Decade, have been among those who have paid the ultimate price in the practice of their profession.  We honor their memory today.

On World Press Freedom Day, in Algeria and around the world, we celebrate the fundamental principles of press freedom and the highest standards of journalistic integrity, and we pay tribute to the sacrifices made in the pursuit of truth and the freedom of expression.